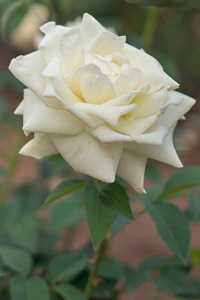 John Giannetti, 78, of Londonderry, NH died Friday, May 2, 2014 at his home surrounded by his loving family. He was born on December 17, 1935 in Natick, MA, a son of the late John and Vincenza (Zappitelli) Giannetti. John was a resident of Londonderry since 1969, formerly living in New York City, NY. John was a US Army veteran. He was a graduate of Harvard University and Harvard Law School, and had been employed in investment banking in New York City and in Boston, MA. During several illnesses, John remained resilient and continued his sense of humor, as well as continuing to be supportive to his family.
He is survived by his wife Marjorie (Small) Giannetti of Londonderry; two sons, John Giannetti of Seattle, WA, and Brian Giannetti and his wife Vanessa of Lexington, MA; one daughter Andrea Williams and her husband Kevin of Los Angeles, CA; three grandchildren, Isabella Mae Williams, Nathaniel John Giannetti, and Matteo Tropeano Giannetti; one brother, Dr. Louis Giannetti of Cleveland, OH; and one sister, Theresa D’Errico of Wrentham, MA. He was predeceased by his brother Michael Giannetti.
A Liturgy of Christian Burial was celebrated on Thursday, May 8th at 10:00am in St. Jude Parish, 435 Mammoth Road, Londonderry. The burial followed in Pillsbury Cemetery, Londonderry. In lieu of flowers, memorial contributions may be made to Amedysis Hospice, 1E Commons Dr., Unit 33, Londonderry, NH 03053. The Peabody Funeral Homes and Crematorium, 290 Mammoth Road, Londonderry is assisting the family with arrangements.