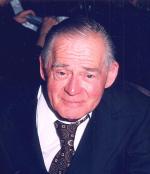 Mr. Osgood was born June 29, 1929 in Laconia, the son of Harold and Doris May (Sprague) Osgood and had been a lifelong resident of Laconia.

In his youth, Mr. Osgood was a Golden Glove boxer. He was an amazing short order cook who got his nickname of “Spider” from his ability to multi-task while working at the Shore Diner and Paul’s Diner. He was an antique clock repairman for several years and was owner of Osgood’s Clock Repair. He also had been employed at Scott & Williams for ten years.

In lieu of flowers, memorial donations may be made to the American Heart Association, 2 Wall Street, Manchester, N.H. 03101

Wilkinson-Beane-Simoneau-Paquette Funeral Home & Cremation Services is assisting the family.
For more information and to view an online memorial go to www.wilkinsonbeane.com